Having been called to the Bar in 1982, David had a fascinating career as a Barrister and International
Lawyer both within the Legal Services of H.M. Armed Forces and more recently the Legal Services
Commission and Legal Aid Agency. His experience ranges from prosecuting and defending soldiers at
Courts Martial to dealing with vulnerable members of the public, the media and senior legal and
political figures on a national and international level. As a senior legal aid lawyer he enabled many
ground breaking legal cases to be dealt with and successfully concluded in the Court of Appeal and
Supreme Court. His team specialized in Clinical Negligence, Child Abuse, Prisoner Rights, and all
aspects of Public Law. David has dealt with a wide variety of Professional bodies Including Legal
Aid Practitioners Group and pertinently Action v Medical Accidents (AvMA).

As a barrister in the military his wider responsibilities have included operational advice to senior
military commanders and politicians including ministers on ‘targeting’ matters and rules of
engagement in different operational theatres. His ‘peace time military role’ included preparation
and prosecution of the more serious and complex cases such as, fraud, rape and serious assaults along
with Boards of Inquiry investigating the events surrounding the deaths of military personnel. Recently
retired and based in Salisbury 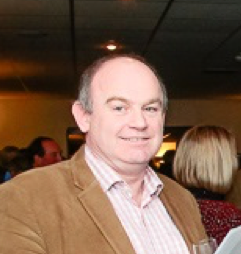