Erica’s Story: My Typical Morning at the Children’s Home

At the children’s home in Parwanipur, life starts very early, even in late Autumn when the days are short.

Every morning we were getting up just before sunrise and had a cup of Nepali tea (known also as masala tea) before starting the day together at 6am with an hour of yoga.

After my yoga teacher training, this was my first experience, and I did not know what to expect teaching to a group of pre-teenage boys. I was questioning myself a lot but the fact that they were showing up on their yoga mats every morning meant a lot to me. I had to find the right balance between my traditional approach and a more playful one, something more suitable for their age. Of course, they enjoyed more the light-hearted section of the class but hopefully they also acquired more self-awareness. 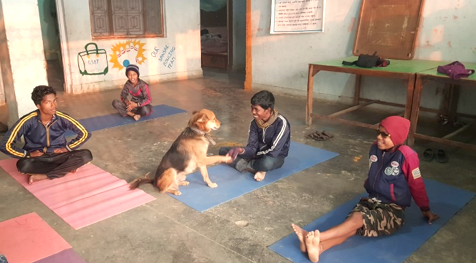 After our class, they freshened up and put their school uniform on, then they ate. In Nepal it’s uncommon to have breakfast: people usually have lunch around 10 am with Dal bhat but since their school doesn’t have a canteen, the boys ate beforehand. Then they had a snack to keep them going until dinner time.

Just before leaving, they brushed their teeth, combed their hair and polished their shoes before heading to school on the dusty road.

I followed their routine, which I got used to fairly quickly except for a few things… I don’t know about you but taking a cold shower, when it’s around 15 degrees, is not something I would normally do, neither is having rice and vegetable curry for breakfast! 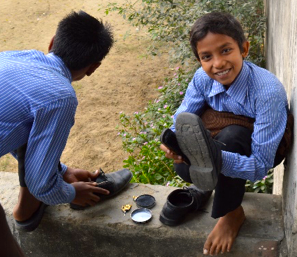 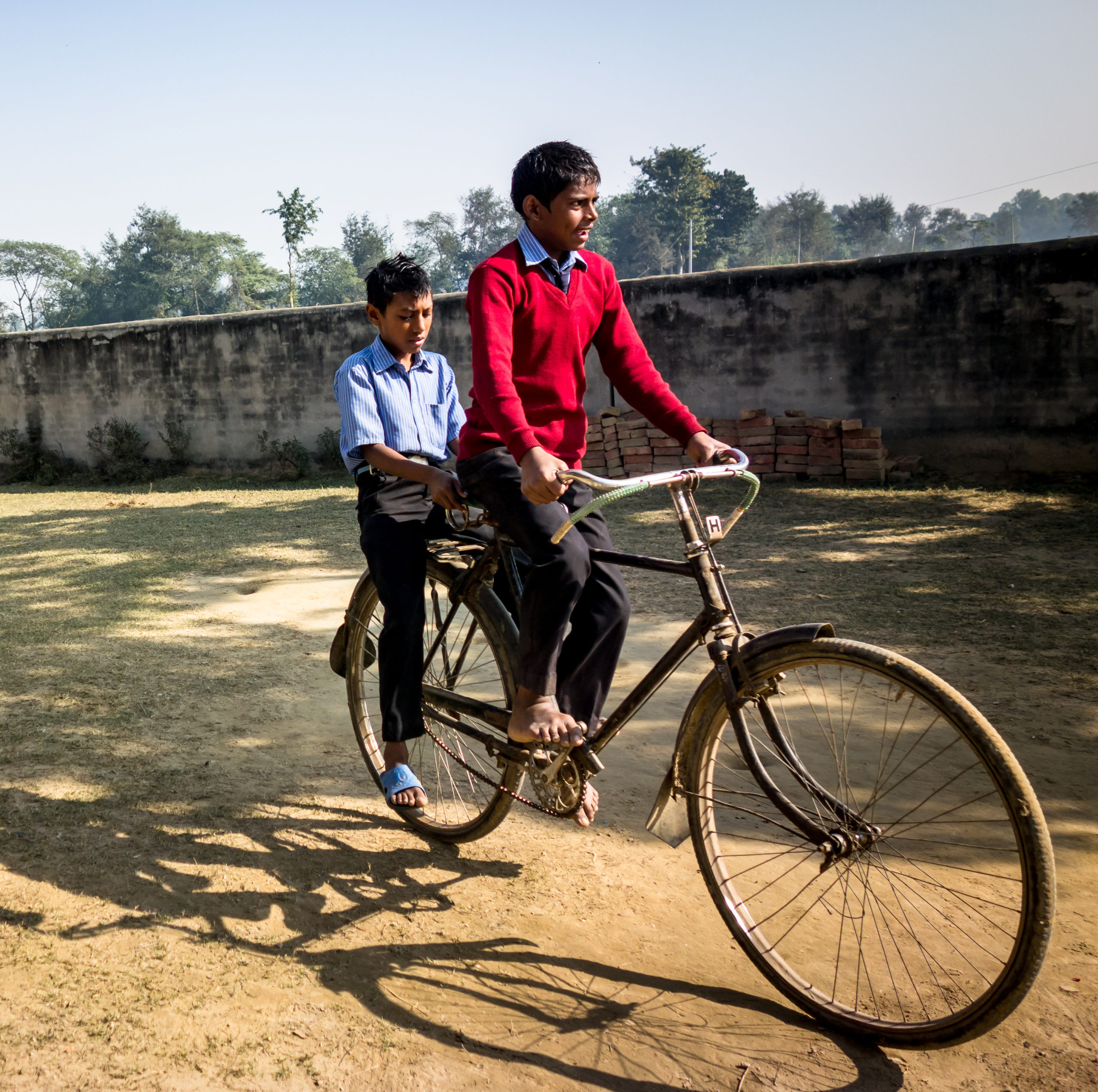 As we approach Winter I think about how hard it would be at the children’s home in the coldest months of the year – I’m not sure I’d have coped. When it‘s very cold and the fog is all around, it must be really hard considering that houses in Nepal do not have heating.

I can only imagine this coming winter may be even harder for many due to the pandemic.

If you would like to support our work by donating, please click on the image below. With your help, we can make sure to keep warm our boys and to help their families.