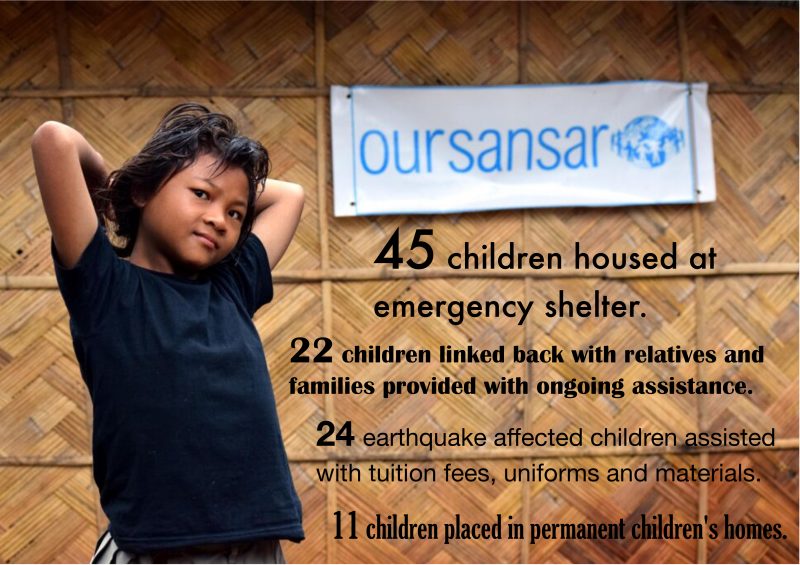 This time last year Nepal was struck by a series of devastating quakes and tremors that took a catastrophic toll on lives, livelihoods and infrastructure, sending the country into fear and heartache and it’s developing economy into chaos, for many months to come.

In the wake of the disaster, Our Sansar acted as a first-responder to supply the victims with emergency resources. During the past year we opened an emergency sh 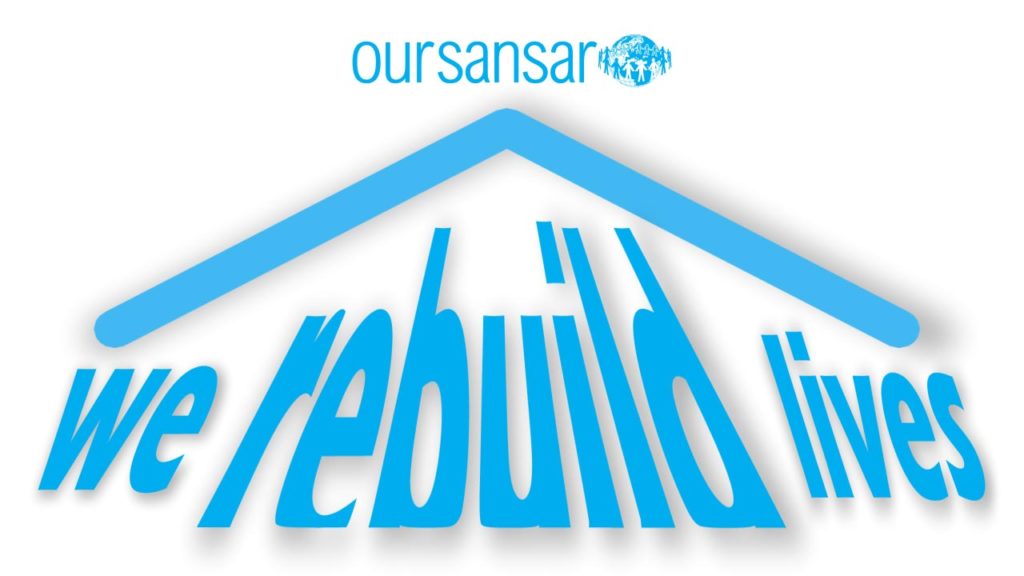 elter for children and youth affected by the earthquake and launched a scheme to provide surviving families with long-term assistance to rebuild their livelihoods.

One year after the earthquake, we realise that a tailored approach to helping families rebuild themselves is the best, most effective way for families to regain their independence and self-sustainability.

We want to micro-finance individual families, so that they can reopen their businesses, rebuild their shops, re-train, develop new skills, buy livestock and materials, gain new customers, and send children to school.

The perk of donating right now, for the 1-year anniversary, is that Global Giving will MATCH ALL DONATIONS: https://www.globalgiving.co.uk/projects/urgent-appeal-nepal-earthquake-relief/

On April 25th 2015, a 7.8 magnitude earthquake struck the central provinces of Nepal, including the country’s capital Kathmandu. Hitting the beating heart of the country, it killed more than 8,000 people and left 16,000 injured. It destroyed schools and hospitals, toppled buildings and tore roads, rendering more than 2 million homeless and jobless.

On May 12th, just days after the first responders started clearing away rubble, a major aftershock with a magnitude of 7.3 struck the affected areas again, causing further destruction and suffering.

With Nepal’s mountainous topography, the effects of the earthquake and subsequent aftershocks were felt far and wide, high and low. Just hours after the earthquake hit Gorkha, it also set off an avalanche on the world’s tallest mountain, Mt Everest, lying on Nepal’s northern border. The avalanche took the lives of 21 people, making it the deadliest day on the mountain in history.

The earthquake was the worst to hit Nepal since 1934.

Due to political unrest and strikes surrounding the implementation of a new Constitution shortly after the earthquakes, and a subsequent blockade of the Indian border which resulted in country-wide fuel shortages, governmental reconstruction efforts have been slow and ineffective.

With some 330 humanitarian organizations working to aid Nepal’s recovery, potential dire consequences of the government’s sluggish response have been reduced. Nonetheless, there is still a tremendous amount of work to be done in the most affected areas. It is estimated that over 8,000 people are still living in makeshift tents, without jobs, money and the means to rebuild their homes.

Many of those affected have taken initiative into their own hands, starting the rebuilding of homes and communities without the government’s planning or permission. According to the Central Bureau of Statistics, nearly 1 year later, 31,000 households are rebuilding on their own.

All those affected were promised NPR 200,000 (£ 1313), but only 50 people out of the millions have received their financial aid – albeit not the full amount. People are fed up and fear spending another monsoon season out in the open.

As one of the first responders, Our Sansar launched an online emergency appeal shortly after the first earthquake hit, setting out into rural areas around the earthquake’s epicentre where international attention rarely ventures, to supply the survivors with emergency resources; such as food, blankets, mattresses and tents.

Thanks to your donations, we have since been able to open an emergency shelter for children and youth affected by the earthquake. We provide shelter, safety and services for displaced and orphaned children, as well as children whose families have gotten into hardship due to the earthquake and can no longer afford to take care of their children. To escape poverty many such children often end up working on the streets and are exposed to violence, trafficking and hard labour.

In Our Sansar’s emergency shelter in Dhading, children stay in environmentally friendly bamboo houses, have space to learn and play, and are provided with education, counselling and necessities. Those that have lost their families are then linked with suitable children’s homes where they can live permanently. Other children’s families are offered long-term assistance in rebuilding their livelihoods, to be able to support their children again and send them to school.

One year after the devastating earthquake, we realise that a tailored approach to helping families rebuild themselves is the best, most effective way for families to regain their independence and self-sustainability.

We want to continue micro-financing individual families, so that they can reopen their businesses, rebuild their shops, re-train, develop new skills, buy new stocks and materials, gain new customers, and send children to school. All of their children.

Even with a low-cost but effectively tailored micro-financing scheme we can reach out to more families this coming year and make sure that by this time next year, they are standing on their own feet.

#1YearOn we want to rebuild lives by rebuilding sufficiency. One family at a time. Long term.

Donate to https://www.globalgiving.co.uk/projects/urgent-appeal-nepal-earthquake-relief/   to micro-finance a family’s livelihood.

The perk of doing it right now, for the 1-year anniversary, is that Global Giving will match all donations. In other words, if you help one family, they will help a second family, and together we’ve doubled our impact.