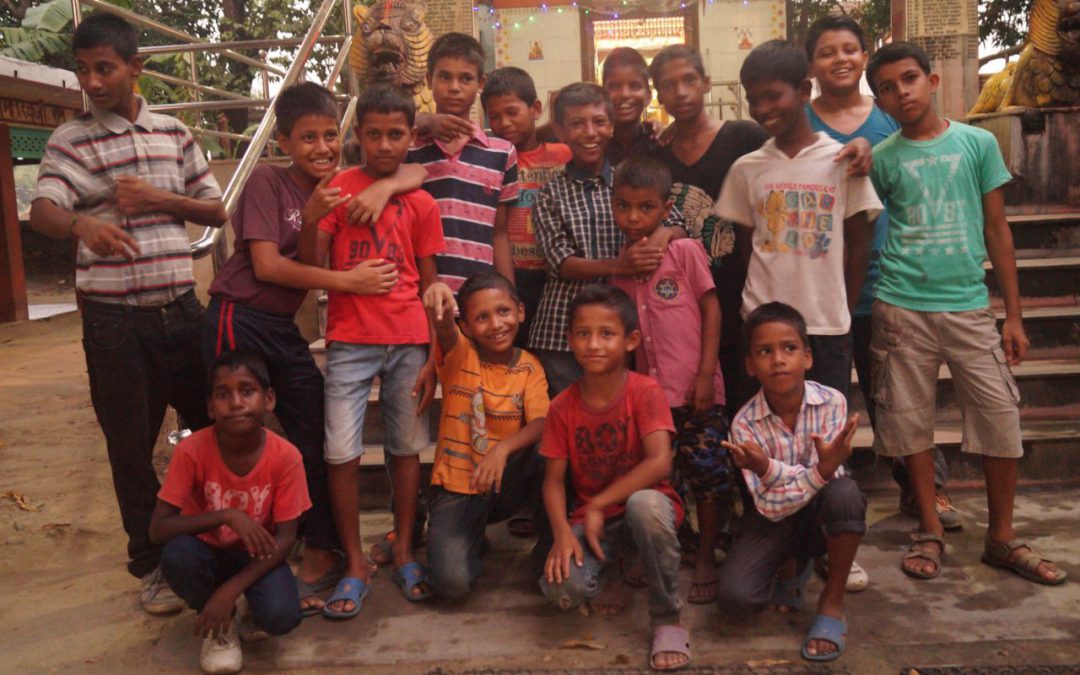 …after a bumpy and long ride from Kathmandu. The first thing I noticed when I got off the Jeep and stepped in Terai for the first time was the extreme heat. Soon I met the Nepali staff, who came to pick me up and were really nice, and once in the house, I was welcomed with warm, curious and (at first) shy smiles from the kids.

Later on, wandering around the house, I wasn’t sure what to do at first, but I started introducing myself in the few sentences I know in Nepali, and asking the boys names even though I knew I wouldn’t remember them later. One of the kids approached me and we started playing clapping games, trying to slap each other hands. That was it, suddenly many other kids were interested in playing as well so I had to make turns. After that, everything went smoothly and I soon felt at home.

It’s impossible to come to the children’s home and feel indifferent.

I’ve hardly been here for about 24 hours and I have already fallen in love. The kids are amazing: sweet, funny, intelligent, cheerful, creative, active and extremely cute. They smile, play, joke and dance with so much energy, and seem really happy. It’s easy to forget that they used to live on the streets, that they have been through really hard times and that unfortunately they haven’t had a peaceful happy childhood as I have. They temporarily lost their childhood when, living in the streets, they had to grow up too fast. But finally Lady Luck was on their side and thanks to the NGO Our Sansar, not only they have a house to live in but also have access to an education and a big and welcoming family. And the future is theirs.