Reaching out to show street children a brighter future 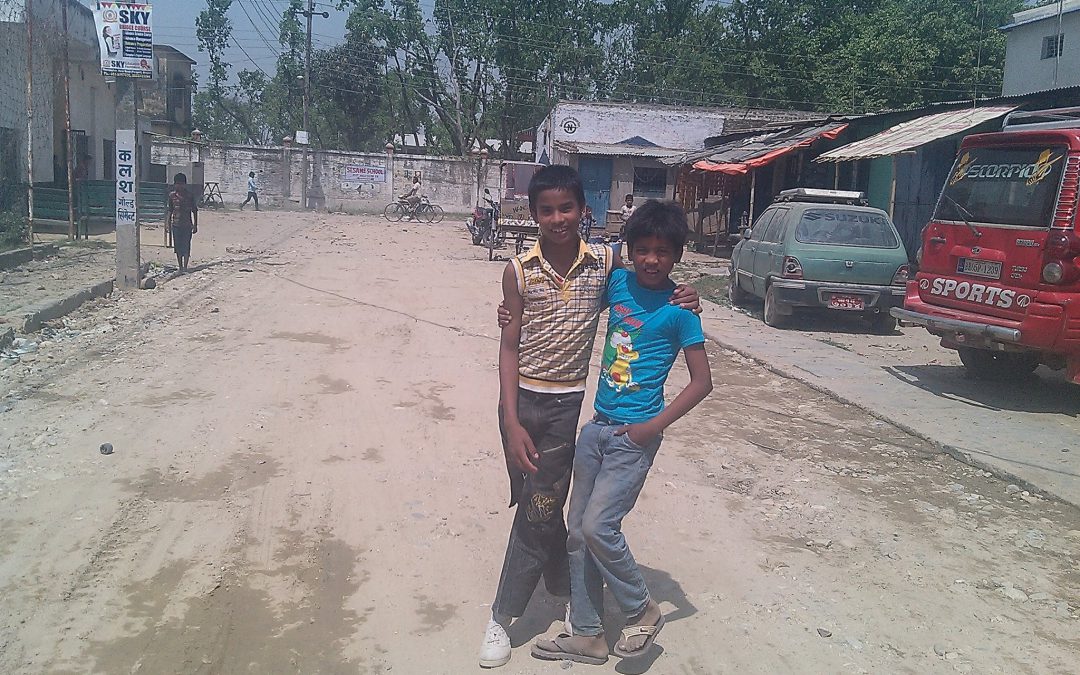 Street children are offered little hope for the future but the boys from Our Sansar’s children’s home wanted to change that on International Day for Street Children this year.

They reached out to the community and the world on April 12, meeting with street children in Birgunj and sharing their experiences online through a global campaign.

As former street children themselves, the Our Sansar kids could relate greatly to the eight children they were able to meet and become fast friends with – first swapping stories and explaining the challenges they have had to face, before offering some clothes, lunch and then enjoying a fun sports afternoon together.

Street children face stigmatization, dismissal and little encouragement to dream, so the experience of being able to complete their ‘Reach Out Workshop’ was very valuable to the boys says Our Sansar social worker Saroj Yadav.

“They found the street kids they talked to a little bit rigid at first because they didn’t want to change their ideas about their life style and freedom that they feel on the street,” he says. “It was difficult to convince them to open up in the beginning, but when they shared their past stories and experiences they started to trust our boys and then were ready to play some games.”

“All the children enjoyed making new friends, especially a pair of new kids we had not been in contact with before, they soon felt more comfortable with our children and a few of them wanted to visit the Our Sansar Children’s home.”

As part of the global ‘Identity’ campaign, organised by the Consortium for Street Children, they shared their day’s events online, using the handle #TweetForTheStreet on twitter and Facebook.

The awareness campaign was a great success for all involved with Our Sansar gaining over 20 new followers on twitter, had posts shared as far and wide as Uganda and China and reached more than 7000 people. Overall the ‘Identity’ campaign reached around 100,000 people globally.

The experience meant a lot to the Our Sansar boys as they were able to look back on their previous lives on the street and see how many positive changes they have made since joining the children’s home.

Bhola from the home said he wanted to tell the street children they could make the same changes and noted he could see how far he had come himself.

“I remember my past days living on the street while talking with them,” he says. “I said they should go to school instead of wasting their time on the street.”

For some it was their first time into the city of Birgunj and others actually met with some old friends.

The highlight for most of the kids was playing football together in the afternoon.

One of the Our Sansar boys Samjad said he was really excited to be goal keeper for the match and one of the smallest of the group Raju said he “really enjoyed” the running race and he was winner of the 50-metre dash.

The general assumption is that children end up on the street due to misconduct and delinquency, but a recent global study showed 39 percent of children report poverty as the main reason, followed closely by abuse and family problems. However, the children in the Our Sansar home wanted to highlight the potential street children have and make people aware that such negative perceptions can be changed.

Our Sansar staff had previously been in touch with six of the children the residents met with but were glad to make contact with a few more.

Saroj says many of the street children they encountered did not want to go home and would rather sleep rough at a temple or in the park, having come from difficult circumstances.

“The Our Sansar children shared their stories of how they once used to collect bottles and plastic for money and that some had used drugs, but this meant they did not attend school,” he says. “Then they talked about their friends and daily routines in their children’s home and explained to the street children they could receive a good education, health care, food and fun after joining Our Sansar.”