Give children the safety, education, and opportunities they deserve.
DONATE NOW 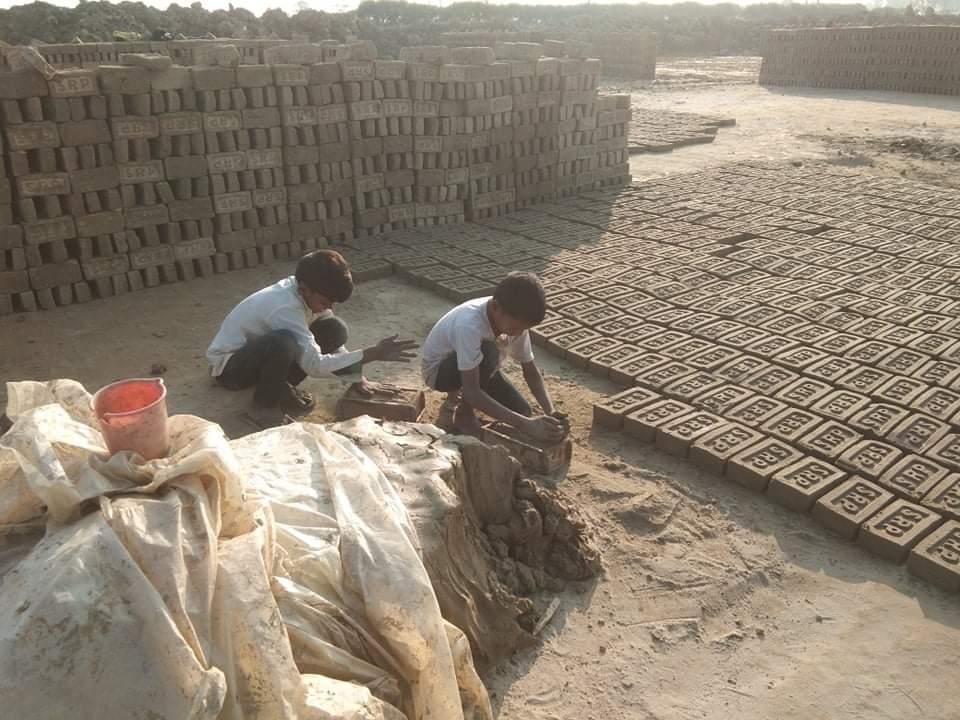 Give children the safety, education, and opportunities they deserve.

Can you imagine a six year old heaving heavy bricks, working through the night surrounded by dust, chemicals and flames?

For thousands of children across Nepal, this is their reality.

As urbanisation has swept through the country, the number of children working in often hazardous situations has soared. In Southern Nepal, there are a shocking 34,593 children living in brick kilns with their families.

Since October 2021, Our Sansar have been investigating devastating cases of boys and girls as young as 6 years old working full-time at brick factories in Rautahat (Province 2, one of the poorest districts in Nepal). There are 162 brick factories in the district and we have so far been able to investigate 6 properly, and have a list of more than 90 children working there.

By our estimations, if the six factories we have investigated so far offer an accurate average, we can expect there to be over 2,500 children working in brick factories in Province 2 alone.

All the children are from the Dalit (untouchable) castes, mainly Musahar (known locally as ‘rat eaters’) and most are extremely discriminated against due to their background. In Rautahat 58% of people are illiterate, 63% of them female. There is a high prevalence of domestic violence, and few educational opportunities for girls.

There are over 1.6 million children involved in child labour in Nepal.

89% of working children do not attend school.

How we help end child labour

Our End to Child Labour project works to free children from illegal work and give them access to education and a brighter future. In order to do this, we must address the widereaching factors that lead them into this exploitative and dangerous work in the first place.

This entails
⇒ Supporting families so they don’t suffer financially when their children attend school and stop work
⇒ Changing attitudes in the community, so that child labour is no longer accepted and is reported
⇒ Improving access to education for the Dalit communities and growing value in attending school
⇒ Taking legal action against factory owners to bring justice and deter further employment of child labourers

We are currently running a pilot scheme to provide 20 of the children we’ve identified with education. During the hours their parents work, they are attending classes with us at a local school where they are being gently introduced to formal education.

From September 2022, the children have been enrolled into the local school full time, to ensure that they are a part of the community and are not being marginalised. 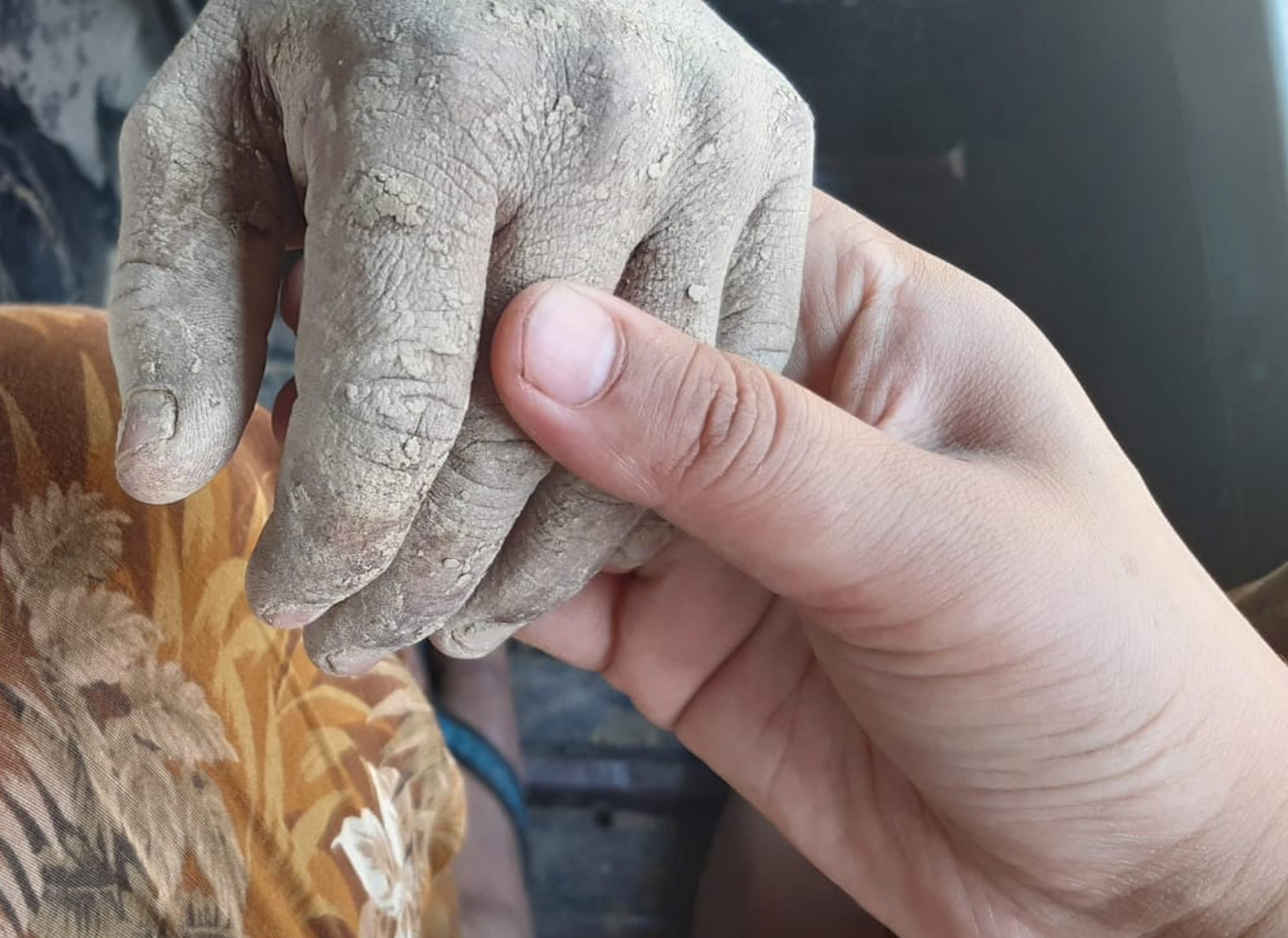 DONATE WHAT YOU CAN

Throughout their formal education we will also provide them with 2 hours a day of extra tuition to ensure that they pass all their exams. The level of education at the local schools is very low so most students require extra tuition to successfully finish their education, however, the parents of the children we are supporting are not able to afford any classes.

We will assist all the other identified children from approximately November 2022 after the 20 children from the pilot phase start regular school and settle in with the support of our extra tuition classes. 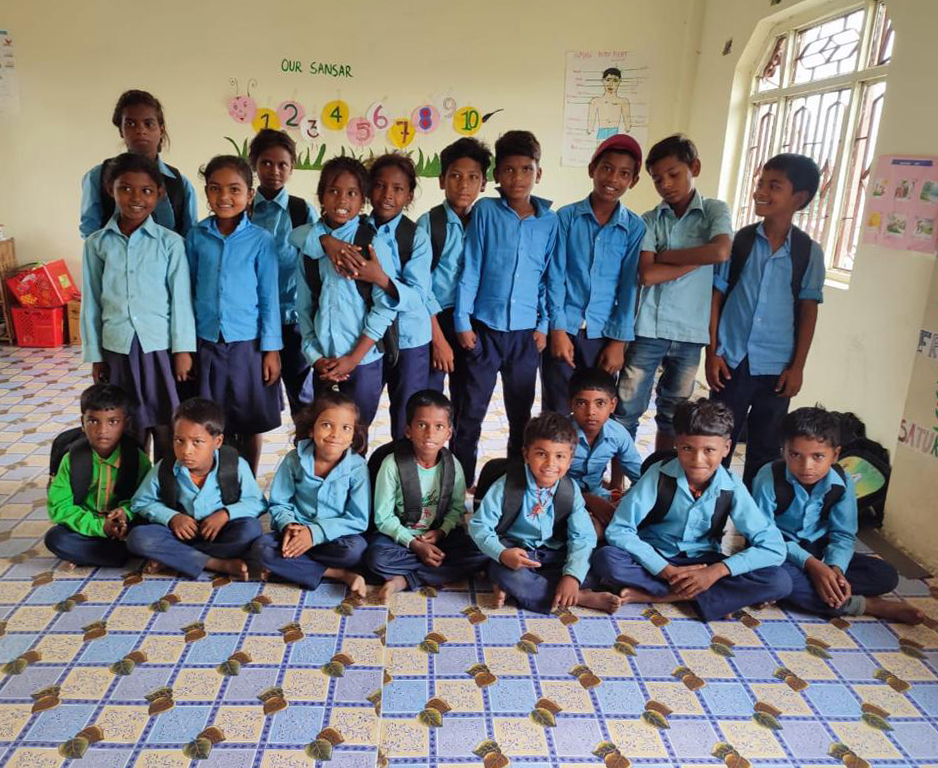 Throughout their formal education we will also provide them with 2 hours a day of extra tuition to ensure that they pass all their exams. The level of education at the local schools is very low so most students require extra tuition to successfully finish their education, however, the parents of the children we are supporting are not able to afford any classes.

We will assist all the other identified children from approximately November 2022 after the 20 children from the pilot phase start regular school and settle in with the support of our extra tuition classes.

We are supporting their families with rice and other necessities for a similar value to what the children were earning at the factories, to ensure their parents are able to keep them in school.

DONATE WHAT YOU CAN

Most parents want to continue their own work at the factories but we were asked by a few families to support them with income generation activities. So far we have provided one tailor with a sewing machine which he is using to generate income, and another lady was donated tools to open a portable umbrella and shoe repair shop.

We will monitor their progress and if these activities are a sustainable source of income for these families, we will look to roll out further assistance to other families. We are also offering skills training to enhance their employability in a range of sectors, to widen the opportunities available to them.

Once we help all of the initial 90 children, we will look to prosecute the factory owners. We will first work with the factories to encourage them to cease using child labour through our advocacy programmes.

There is a huge need for support for all children who are victims of child labour, exploitation, abuse and trafficking.  Once we have supported our initial 90 children, we will replicate the project in neighbouring villages where the need is equally large.

Please give what you can to help us end child labour

The legal minimum age for work in Nepal is 14 years old, and 17 years old for hazardous work. Children below the age of 17 are prohibited from working in factories, mines and an array of other industries.

However, despite the clear dangers of working in brick factories, surrounded by harmful substances and carrying of extremely heavy loads, the work in this industry is legal for children aged 14 and above.

Research conducted by the U.S. Embassy has found that the Nepal Department of Labour does not take meaningful action against perpetrators of child labour, despite having the authority to do so. Instead of prosecutions, cases are often resolved through negotiations, resulting in mild punishments for perpetrators.

It’s common for business owners to put pressure on both inspectors and families to settle out of court.

According to the Bureau of International Labor Affairs, “The Department of Labor’s budget, the number of labor inspectors, and available resources and training are insufficient for enforcing labor laws, including those related to child labor.”

You can read the full report into child labour in Nepal here.

In the last two years, there has only been one prosecution across the whole of Nepal for children being forced into work.
That case was brought by Our Sansar, for a boy named Vivek*.

For five years Vivek* underwent horrific exploitation and abuse. Many in his community witnessed the treatment he faced, but child labour isn’t a topic that’s talked about here, much less reported.

For Vivek, his abusor was married to an army officer who had enormous influence in the community and wider society. So the years of physical abuse went ignored.

At just 13 years old, Vivek’s Mum had passed away and his father left to live in India. Vivek went to live with his Uncle, who put him to work in a restaurant and hotel.

He was regularly beaten, burned with hot rods and he was covered in bruises and burns when we got to him.

Vivek was addicted to drugs and when we took him to hospital, many councillors refused to treat him, declaring him a lost cause.

Nevertheless, we persisted. Vivek joined us at our home in Birgunj where he continues to receive counselling and attends school.

But Vivek was not the only child in his family who needed help. His brother too had been put to work in another district, where he was subjected to maltreatment and abuse.

It took us months, but we found him and he has now joined his brother Vivek at our home in Birgunj.

We are in the process of seeking justice for Vivek, but it’s not been an easy journey. We’ve been met with all kinds of underhand tactics and pressure to drop the case. His father was kidnapped from India in a bid to reclaim Vivek and protect his abusers.

The case is still ongoing and we will continue to pursue justice for Vivek and prosecution of the woman who subjected him to such trauma.

Our overarching goal is for all children in the Rautahat district to access education and to end child labour for good.

Please give what you can to help children like Vivek